Since 2008 Tess Unlimited has been helping children born with cleft lip and palate in Guatemala. In recent years, the foundation has operated in several hospitals throughout Guatemala. In 2014, the founder Tessa de Goede got the wish to build her own cleft lip and palate clinic. She started talking about it to others with enthusiasm. Knowing it would be a big project, for some time she mostly just kept dreaming.

At the end of 2016, this dream started to take shape when Tessa's brother Tom wondered why they didn't turn the current building into a hospital. The foundation's office was located in a beautiful building at the time. Speech therapy sessions and evaluations were held here, among other things. At first, the property seemed a little too small, but the more they thought about it, the more it seemed like a good idea.

In 2017, the foundation started working with a medical architect. He was shown around the location and was immediately enthusiastic. This could turn into a hospital! Drawings were requested and an extensive project plan was drawn up. The search for funds could begin, something that was not even that easy.

Two years later, the time had come, the funds and the building permit were ready. The real work could begin! The office moved to the building next door and so the construction came to an end at the end of 2020. It was cleaned, painted and the hospital was decorated with love and pleasure.

Since January 2022 we are officially registered as a hospital in Guatemala. This was celebrated in March 2022 with a festive opening, after which the first week of surgery could start. Since then we have been busy organizing several weeks of surgery in our own hospital.

The Tulipanes Hospital is the very first cleft lip hospital in Guatemala. A hospital that not only performs surgeries, but also arranges all pre- and aftercare. By building its own hospital, the foundation is no longer dependent on local hospitals in the area. Where previously about 200-300 surgeries could be performed, it is expected that this will be between 500-600 surgeries in the own hospital.

In addition to performing surgeries, the hospital also offers opportunities to train local people, care for children for longer periods of time when necessary and work with local dentists and orthodontists outside of surgery days. The plan is for the hospital to make the foundation's working methods as sustainable as possible.

The Tulipanes Hospital aims to offer a “Home away from home”. Children with cleft lip and palate often undergo multiple surgeries and treatments from a young age, which can be very scary. Rather than coming to the hospital in fear, the foundation strives to welcome them with open arms and a smile on their faces. The many details, cheerful colors and playful murals make the hospital more than child-friendly. This is the place where everyone will walk through with a smile and where a lot of smiles will only become more beautiful. 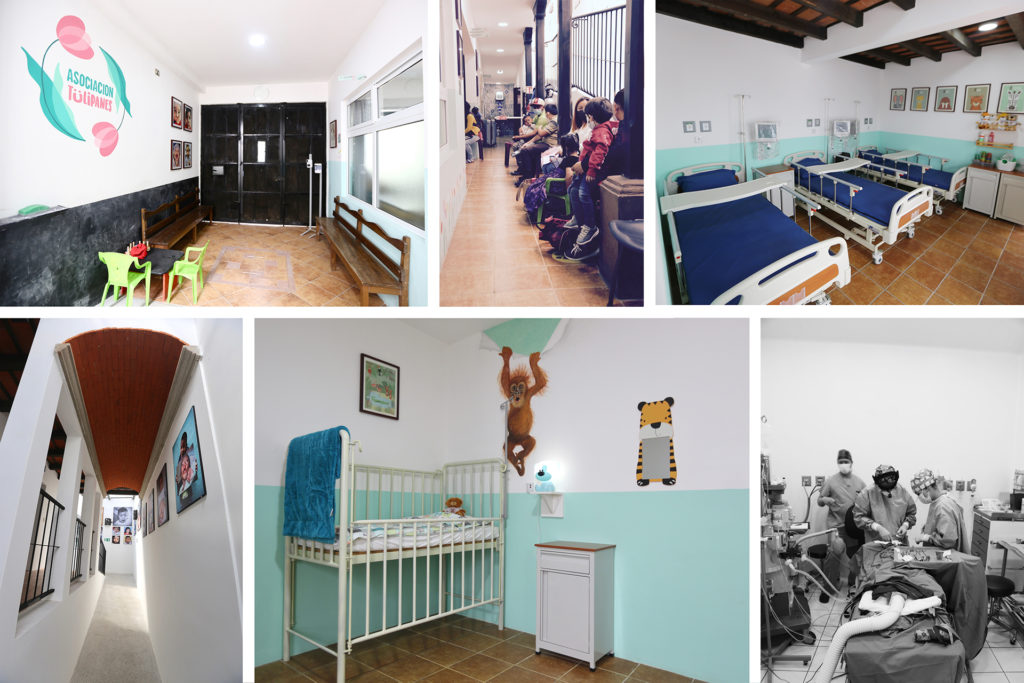